Efforts at the BMW BERLIN-MARATHON 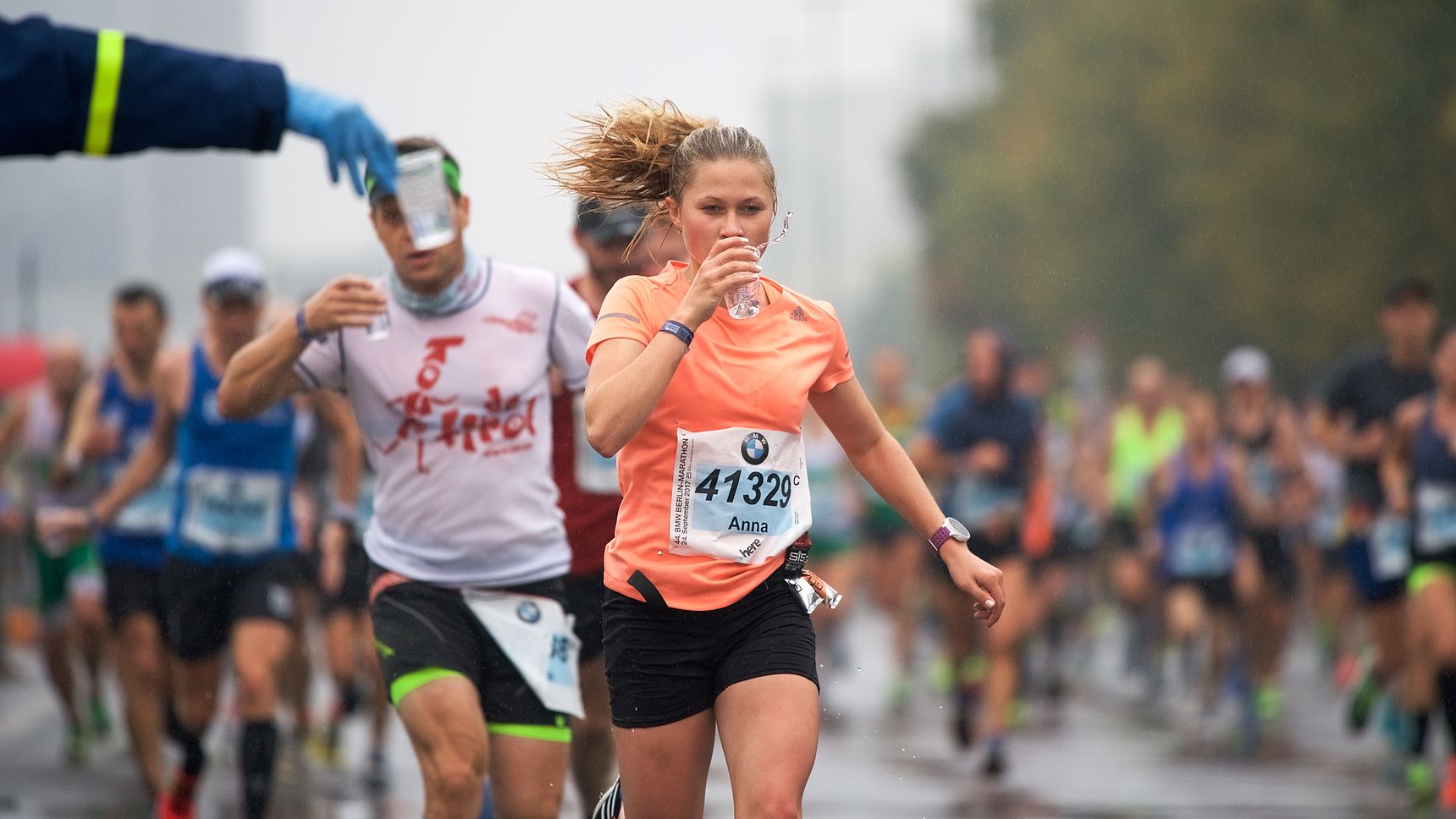 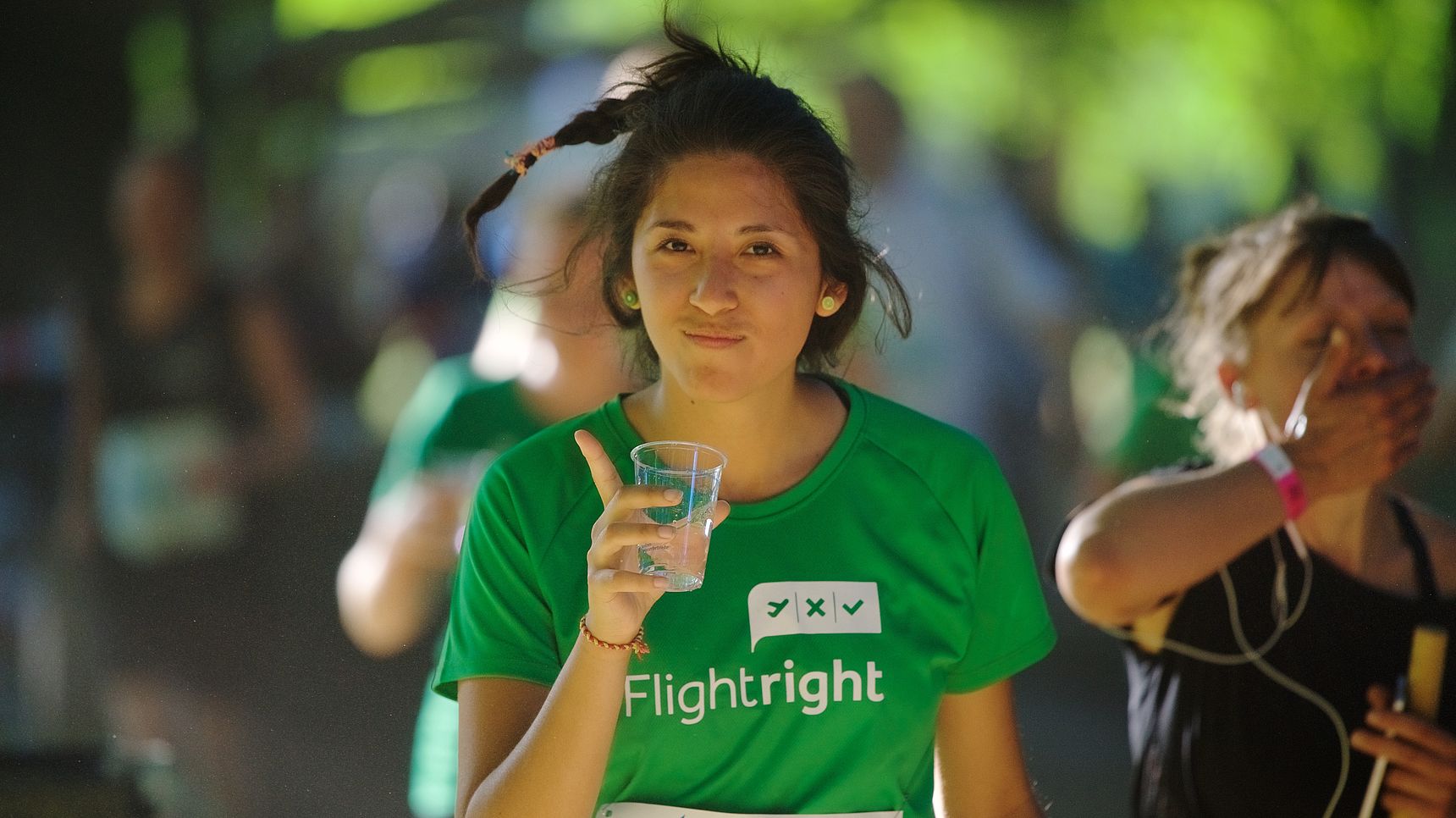 Endurance sports interact with the environment. Protecting the environment and minimising our impact on it is not only consistent with our ideals and is important to us, it is also a matter of the heart. We are therefore leading by example in event management. Environmental protection is not a burden, but rather a duty for everyone, but it is sometimes easier to implement than you might think.

With the support of BENE and ERDF

In 2018, we decided to introduce a management system that would implement existing and future environmental protection measures both internally and externally. We selected the environmental management system EMAS. The project "Introduction of EMAS at SCC EVENTS and Validation of the BMW BERLIN-MARATHON 2019" (project duration: 03/2019 to 03/2020 ) is funded by the Berlin Programme for Sustainable Development (BENE) with funds from the European Fund for Regional Development and the State of Berlin (funding code 1255-B3-B).

Unfortunately, we have to suspend the EMAS registration for the "BMW BERLIN-MARATHON" location this year - but we will register again in 2021.

In order to bundle and implement numerous specific environmental protection efforts within the company and in the context of its sporting events, the management first introduced the environmental management system for the office location. At the same time, the first measures were being implemented for the 2019 BMW BERLIN MARATHON. The goal is to continuously reduce the environmental impact of the BMW BERLIN MARATHON in the medium and long term. During this process, we would like to involve everyone at the event in the best possible way.

Since the beginning of 2019, we have been creating a comprehensive concept for dealing with the amount of waste generated during our events. Here we differentiate between areas in which we have direct influence and those areas where the waste has to be separated by our participants and spectators. We look at each of our organisational areas individually and equip them with garbage cans according to the amount and types of garbage that arise. For the BMW BERLIN MARATHON, this means, for example, that our poncho distribution centre can be almost exclusively equipped with cardboard/paper recycling bins and that the waste there can be sorted and entered into the cycle of raw materials.

One big environmental impact is the garbage created at the refreshment points. In the past, the approximately 800,000 disposable cups used were mainly tossed onto the streets. Despite the fact that we always leave the streets cleaner than they were before the race, we will be changing how we do that. Since it is currently not technically possible to collect garbage from the street and put it into the recycling processes, so far the collected rubbish has gone into thermal recycling. In order to save valuable resources, we are attempting concrete measures this year to counter this situation. We will be setting up garbage containers and are asking participants to toss their cups in them.

In the catering area at the Brandenburg Gate, we will be providing separate fenced-off garbage stations. In addition, we will be creating small islands of garbage, where the trash can be separated. In the post-finish area, we will be focussing this year on creating garbage return stations. These are new endeavours and will be reviewed at the event with respect to their implementation and effectiveness. One example is the shower area. After participants shower and put on fresh clothes, the thermal liners will become superfluous in their original function, so we will put up a fenced-off waste disposal station for them opposite the shower tents.

Separating waste correctly and returning it to the raw material cycles is only one important pillar of our approach to the use of resources. The second pillar can be described as avoiding waste. It is our duty to review all areas regarding possibilities for reducing waste.

For a good cause

One established means of reducing waste is our collection of the garments discarded by participants. Many of these garments are in very good condition. We collect these separately and have them processed by our partner ALBA on their premises. After the marathon, we allow relief organisations to take the textiles to distribute to those in need. In addition, we plan on collecting returnable bottles to raise funds for a good cause. Many participants simply throw out returnable bottles. We plan on collecting them and donating the proceeds to the children’s support association, Kinderhilfe.

The new digital post-race magazine is fast and clean. It will be going online 10 days after the BMW BERLIN MARATHON and will replace the usual print magazine. This not only saves 10 tons of paper, but also unnecessary CO2 emissions for shipping the magazine to the 52,000 participants (runners + inline skaters) from 150 nations.

With more than 40,000 runners moving 42.195 kilometres in just six hours, strategies to prevent waste and conserve resources are a particular challenge. We take this issue very seriously and are testing some new procedures with our partners. In the instances where these are not expedient or for other reasons cannot be initially implemented, we are trying to think about the used resources in terms of recycling.

In order to supply our participants with fluids, we set up refreshment stations. To equip all runners with drinking cups, it requires the already mentioned 800,000 cups. In the past, these were made of polypropylene (PP). At the 2018 BMW BERLIN MARATHON, we tested two alternative supply concepts with our partner and sponsor, adidas. Both concepts were set up as additional refreshment points. One concept essentially involved the usage of “crunchable cups” that were carried by the participants, allowing them to fill them with water at five points. Even though this type of supply seems to make the most sense for the purposes of environmental protection, the technical implementations require much more testing.

The second concept represents the replacement of disposable cups with reusable cups. These were rinsed on the spot at the 2018 BMW BERLIN-MARATHON and reused several times. The cleaning was determined not to be effective. In addition, the cycle was too minimal for a marathon. Basically, we have not dropped the use of reusable cups and instead have tested them at other events, where the cups are being cleaned after the events in a large kitchen. In order to be able to better evaluate the measures, a report is currently being drawn up about our cup variant with regard to the carbon footprint. The supply point at kilometre 38 will be tested at full load as a full refreshment point with the reusable cups at this year’s BMW BERLIN-MARATHON.

Heat sheets made of recycled PET

Plastic cannot be eliminated completely at the BMW BERLIN MARATHON. There are compulsory services for the running of the sport, which we, as organisers, have to ensure. This includes the described supply of refreshments for the participants, as well as heat sheets to keep them warm in the finish area. In order to save valuable resources, we are in talks with manufacturers and will already be using many products based on recycled PET in 2019. This applies to all 29,000 heat sheets that were purchased in addition to the still existing ones, the one-way cups for the supply described above and the bags for the giving out refreshments in the finish area.

In 2019, we have been able to take a giant step towards a more responsible choice of refreshments for our participants. While we have been sourcing our apples from regional sources for years, it is of course impossible to source bananas locally. We can, however, ensure that they come from ecologically responsible sources.

Each participant will receive a free BVG ticket with their race number to get them to and from the venue for their respective race day. This measure is being financed by us, as the organiser.

Starting in 2019, we have been collecting our environmental performance data. At the same time, we are developing solutions for those areas where we have not yet succeeded in collecting info. Where possible, we are also recording the respective CO2 equivalence values. We are trying to look at the environmental impact of different key areas in order to be able to provide a basis for comparison. Equipped with the data, we are looking ahead positively to the future with regard to environmental protection.