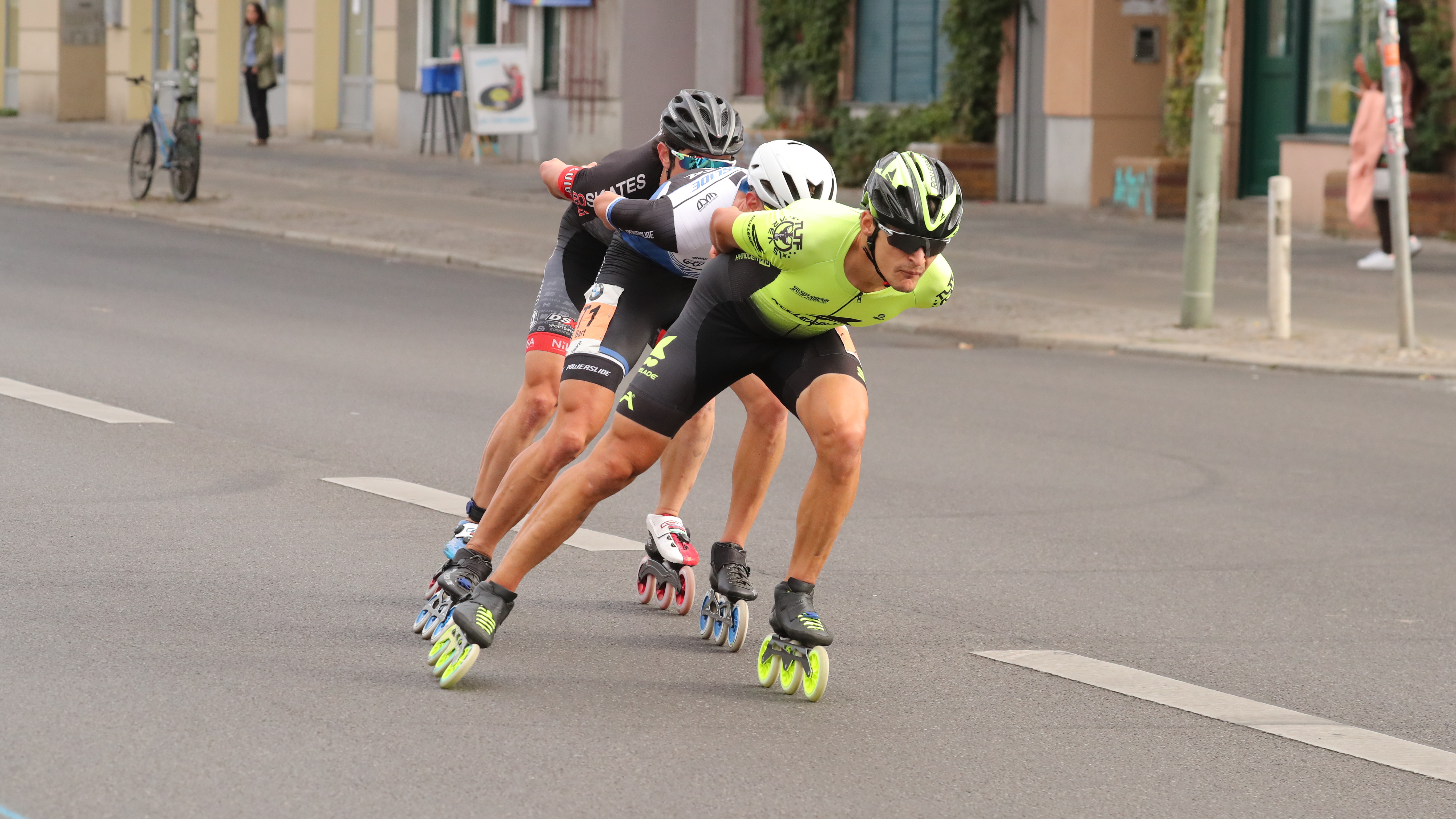 “Berlin is by far the best and largest inline marathon in the world. It’s the marathon everyone wants to win,” says Ewen Fernandez. He knows the feeling of being at the top of the podium. He won in 2011 and 2012 and would like to attack again this year. The BMW BERLIN-MARATHON has long been the absolute highlight of the inline season, and not only for the pros. When “Hells Bells” by AC/DC rings out at the start, there is no stopping the 5,081 amateur skaters from more than 60 countries as they set out on their journey of pure goose bumps on 42.195 kilometres through the capital.

In the pro race, all eyes will once again be focussed on the Belgian Bart Swings. He has won six times in a row. But rarely has the circle of challengers been as big as it is this year. The reigning world marathon champion Nolan Beddiaf from France, his compatriot Ewen Fernandez and Patxi Peula from Spain – each of these contenders could overthrow the old master from his throne. That also applies to the newly crowned European marathon champion Felix Rijhnen who also has great chances and could be the first German in the 23-year history of the marathon to win the race.

A German could also be at the top of the podium for the women’s race. Last year’s winner Katharina Rumpus will also be at the start, as will be Sabine Berg, who won in 2011 and 2012. There are also good chances for the Belgian Sandrine Tas, who landed a surprise coup four years ago and has been a frequent podium finisher ever since.

The professional race will be broadcasted live on Saturday, September 28, 2019 at 15:25 CET on the BMW BERLIN-MARATHON Inline Skating website.

40th GENERALI BERLINER HALF MARATHON - Starting spots are running out!

The registration phase for the 47th BMW BERLIN-MARATHON ends soon!