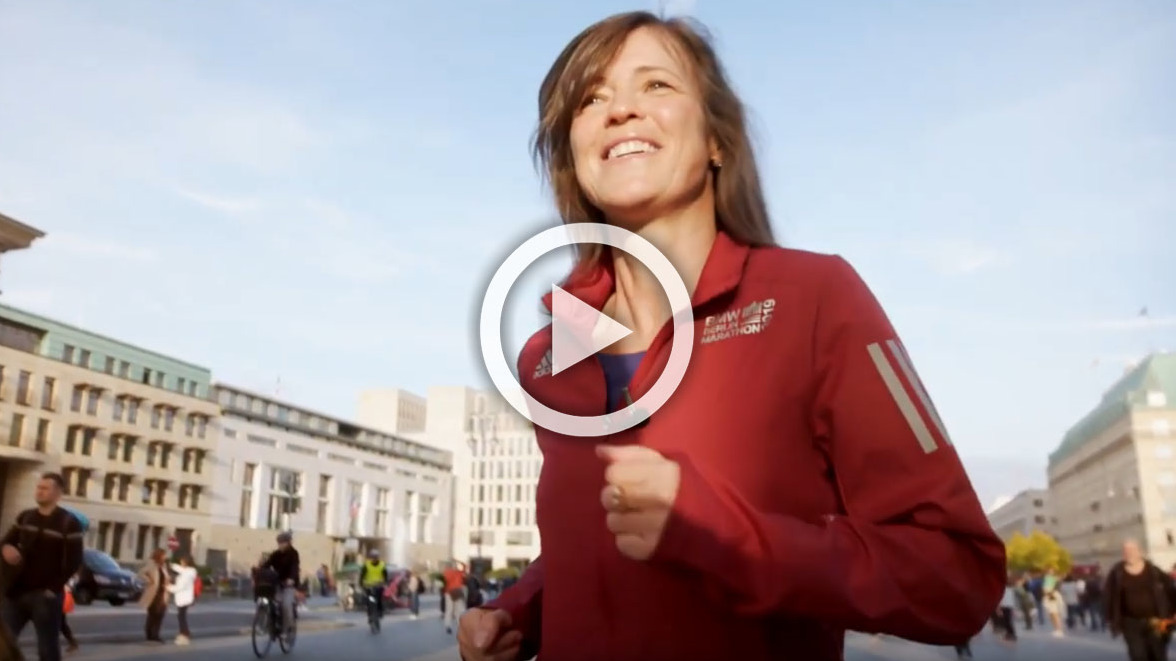 In the night from November 9 to November 10, 1989, the lives of Germans, especially Berliners,were to change forever. The wall that had divided the city for so long fell, and the emotional images that went around the world, especially from the Brandenburg Gate, are still famous today. For the BMW BERLIN-MARATHON this date also represents something very special. Uta Pippig, former East German long-distance runner, describes the situation at the Brandenburg Gate shortly before it opened: “30 years ago, this square (Pariser Platz) was empty. There was nobody here. A few soldiers stood there, a little bit behind the Brandenburg Gate, at the Wall. And here: It was deserted. Nobody was allowed up here. For 28 years, 2 months and 28 days.”

The women’s winner of the first BERLIN-MARATHON through both the East and the West looks back at that rainy Sunday in 1990, recalling: “(...) this desolate empty place was suddenly full of thousands of people, who were all cheering, so happy with a feeling of freedom.” Back then, the 25,000 participants started out in the opposite direction to today's course at the Charlottenburg Gate. After three kilometres, they reached the spot that was to become the emotional highlight of the race for so many people, just a year after the fall of the Berlin Wall: the Brandenburg Gate. Like top athlete Pippig, many of the German runners and others from over 60 countries touched the pillars of Berlin’s landmark as they passed through it.

This moment was also made possible through the commitment by Horst Milde, then race director. At the end of 1989, shortly after the spectacular opening of the border between the two German states, he began to reach out with the mayors of both parts of Berlin with the goal of having a run that led through the Brandenburg Gate. Up until just a few weeks before the start of the marathon, it was not clear if the race would be able to go through the gate, which was still blocked by scaffolding. That made it even more joyous when almost 8 kilometres of the course was able to lead through the eastern part of the city, with almost 5,000 athletes participating, who were still officially East German citizens at that time.

When Uta Pippig walks through the Brandenburg Gate today, a glow envelopes her face. You can always see the sparkle in the eyes of a marathon runner when she talks about her race, but this race, in the autumn of 1990, was a very special experience for many athletes, which finally united the world of sport from East and West. If you’d like to get a feeling for this unique moment, have a look at our video with Uta Pippig on the anniversary of the fall of the Wall!