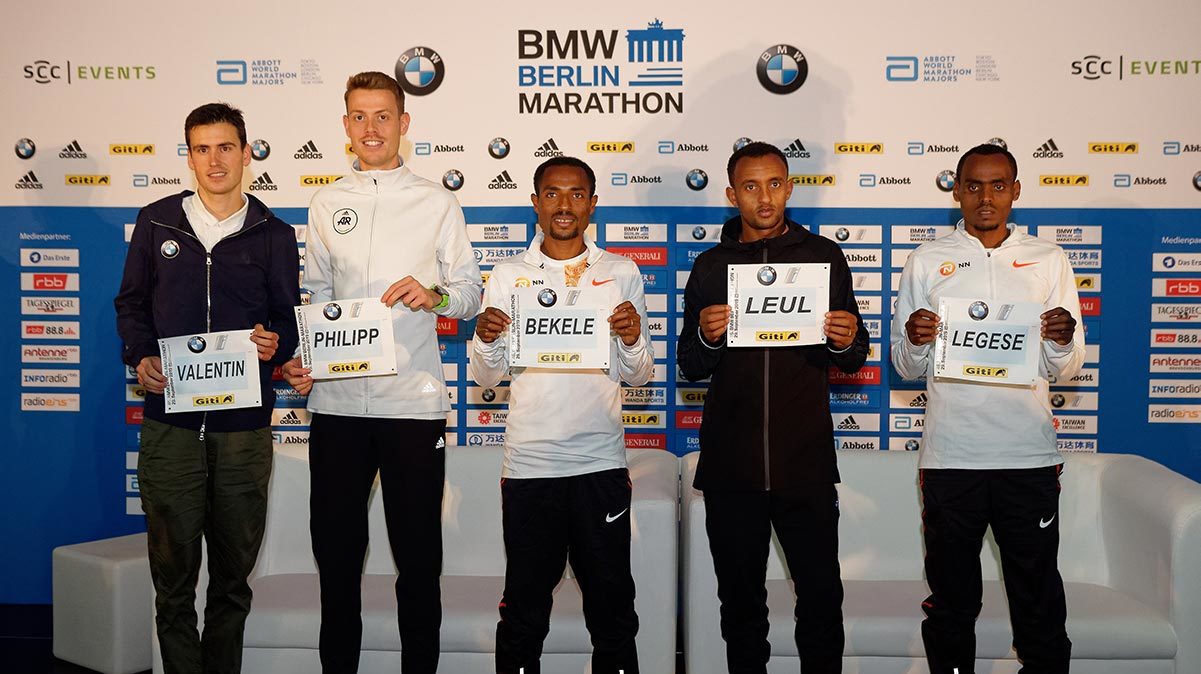 A super fast and exciting men’s race is in prospect at the BMW BERLIN-MARATHON on Sunday. In Year One of Marathon history after Eliud Kipchoge of Kenya’s fabulous world record of 2:01:39 here in 2018, an attack on the world record has not been a subject for discussion. That isn’t to say that the fastest time in the world this year, Kipchoge’s 2:02:37 in London in April, might not come under threat. The fastest man in the field is Ethiopia’s superstar on all surfaces, Kenenisa Bekele, who ran his personal best of 2:03:03 to win the BMW BERLIN-MARATHON three years ago. The likeliest challengers to the triple Olympic champion are his fellow countrymen. As for the home contingent, the leading German runner is Philipp Pflieger. His priority is running the Olympic qualifying time of 2:11:30 for the Games in Tokyo next year.

Kenenisa Bekele hopes to produce a performance close to that of his Berlin win in 2016.“Overall I have prepared well although my training period of three months is perhaps rather short for a marathon. This was because of an earlier injury. But I am ready for Sunday and want to show what I can do,” said the best long distance track and cross-country runner of all time. While world class times should be the target for the lead group, the priority for Germany’s Philipp Pflieger will be achieving the Olympic qualifying time of 2:11:30. His best of 2:12:50 is 80 seconds slower, set in Berlin in 2015. That performance ensured his selection for the Olympic Marathon in Rio where he finished 55th. “It’s a similar situation to 2015. My preparation has gone well and I’ve achieved 99% of my plan. I believe I can run the qualifying time. I’ll run the first half at that tempo and see how it goes,” explained Philipp Pflieger.

This Saturday and Sunday participants in the various events held in conjunction with the BMW BERLIN-MARATHON will earn their medals and certificates more than ever. First to receive an award was the event itself with today’s announcement that the BMW BERLIN-MARATHON has been awarded a place in the Guinness Book of World Records as the marathon where the most world records have been set, eleven in total. The certificate was presented at today’s press conference. Last year SCC EVENTS, organizers of the BMW BERLIN-MARATHON, introduced an operational system with the aim of transforming current and future environmental measures both within the organization and their dealings with others outside.The choice of environmental management system settled upon EMAS. The project “Introduction by EMAS at SCC EVENTS and validation of the BMW BERLIN-MARATHON 2019” (Project Duration: March 2019 to March 2020) was today officially registered.