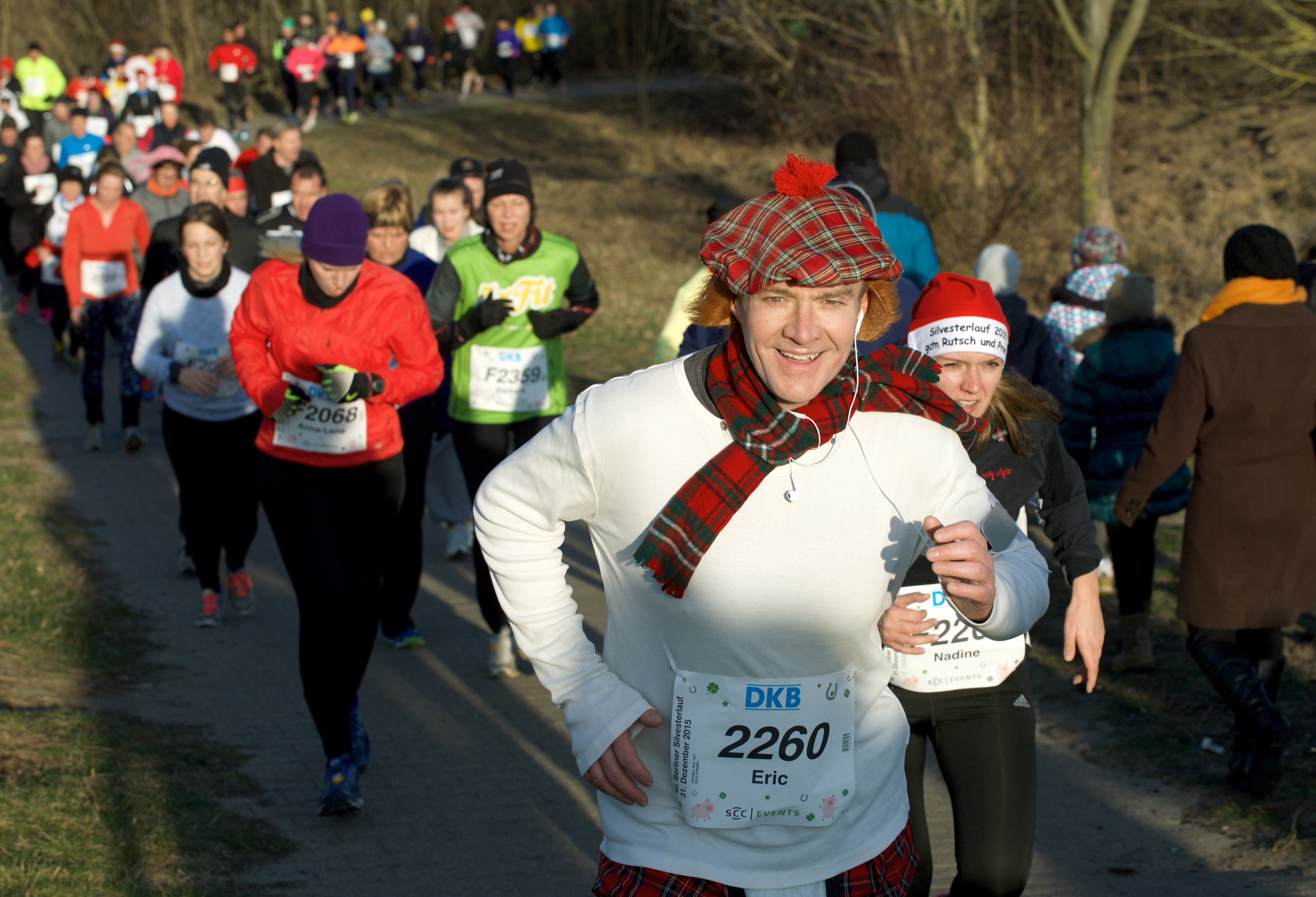 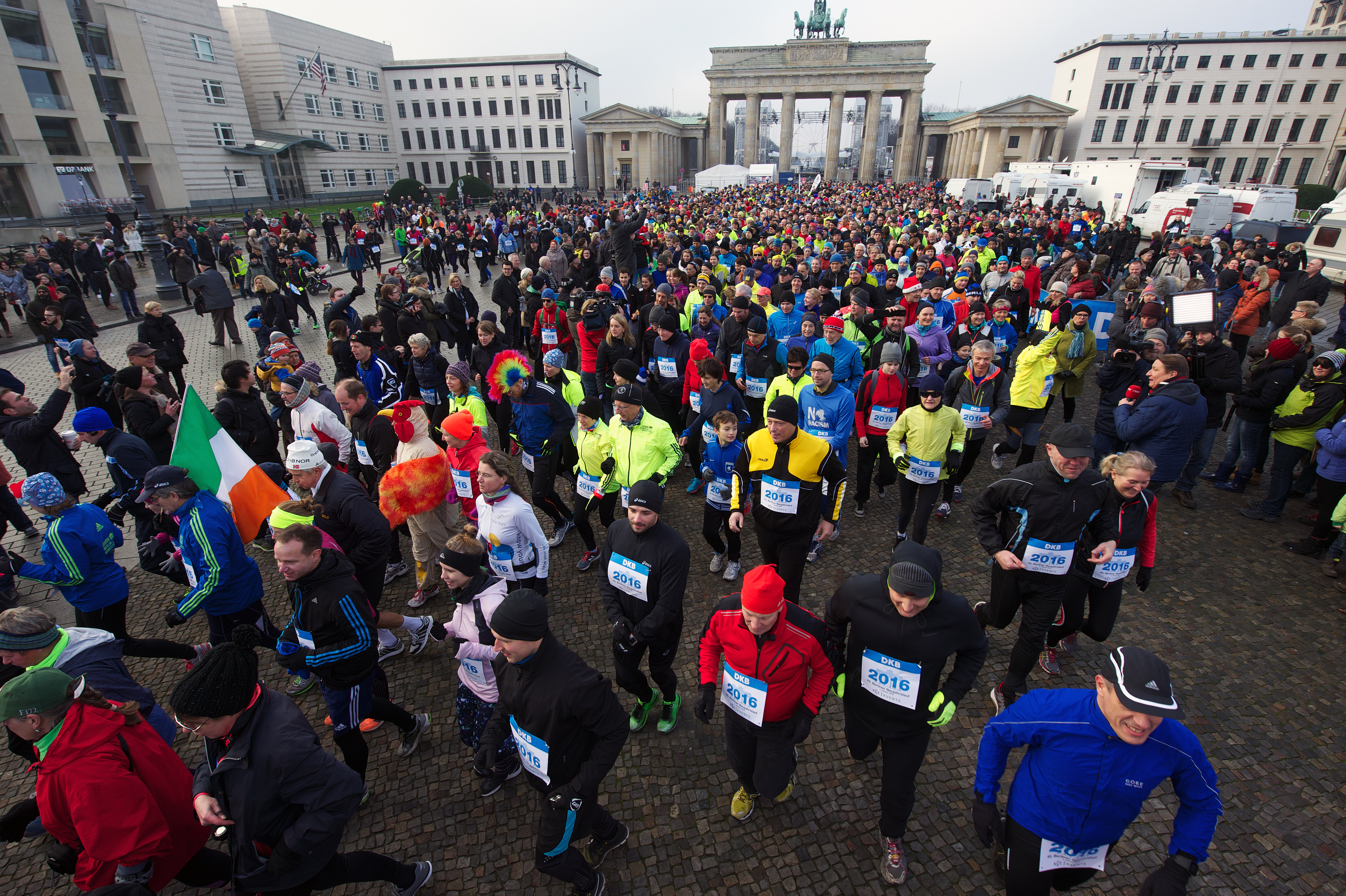 Two traditional runs mark the turn of the year for all athletes in the capital. Spielbank Berlin New Year's Eve Run on December 31 and the Berlin New Year Run on January 1 are classics of their genre.

The main 9.9K course runs through the two highest points of elevation in the Grunewald Forest, the Drachenfliegerberg and Teufelsberg. There is also an 6.3K loop as well. At the end, jelly-filled donuts await all finishers. In addition, there will be prizes for the most innovative costumes. You can also register directly at the race. Further information is available at www.berliner-silvesterlauf.de. Let’s celebrate!

The starting shot will be fired at noon on January 1st at the Brandenburg Gate for the traditional Berlin New Year’s Day Run, a 4K athletic welcome into the new year 2019. Runners join together here to enthusiastically launch their resolutions for an athletic 2019. In lieu of a registration fee, we invite all participants to make a donation on site to the Björn Schulz Foundation.

For more than 20 years, the foundation has provided support to families with terminally ill children from first diagnosis, throughout the illness, and after they have parted. This is provided through mobile hospice services (Ambulanten Kinderhospizdienst) in Berlin and Brandenburg, as well as at the stationary children’s hospice centre Kinderhospiz Sonnenhof in Pankow. In addition, they provide services in Berlin and outside the region for affected families. Most of their services are funded through donations.